Our volunteer Sustainability Coaches provide a personalized assessment of your home’s energy use within the context of your family’s lifestyle and goals.
Jim Audley
Jim Audley is a retired Coast Guard Officer who enjoys finding new ways to improve his home and others to live a more sustainable life. Jim earned a B.S. in Civil Engineering/Construction Technology from Temple University. Jim served in the Coast Guard for 30 years, specializing in Search and Rescue helo pilot and as a Commanding Officer in various Reserve stations. He also dedicated 30 years of service to Amtrak, The National Railroad Passenger Corporation. Jim enjoys sailing, and most recently, he cruised the Mediterranean for three months. He enjoys renovating and building his own homes, and even built his own home in Mexico. As resident of Rose Valley for 34 years, Jim volunteers his time with Rose Valley’s Environmental Advisory Council and has Board Membership in the Rose Valley Folk and Trusteeship for Swarthmore Presbyterian Church. He has also done construction projects with Hedgerow Theatre, Chester Eastside Ministry, and Chester YWCA. Jim enjoys learning from clients as a Sustainability Coach because it motivates him to make improvements in his own home, and looks forward to living more sustainably himself. 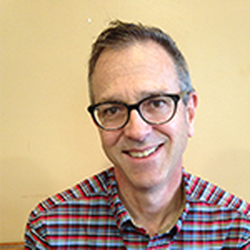 Tracy Bouvette is a nationally recognized water expert. He has extensive experience working with western state water issues and federal water programs. He earned a B.S. in Civil Engineering and an M.S. in Environmental Science and Engineering from Rice University. Tracy helped to recreate the Office of Water Conservation and Drought Planning for the Colorado Water Conservation Board, and wrote legislation to update and revise the Colorado water conservation requirements. Tracy founded the Great Western Institute, a non-profit organization that pursued grants to help underserved communities in their management of water rights and water resources. Since moving to Swarthmore from Colorado in 2012, Tracy has been active on the Swarthmore Environmental Advisory Council (EAC). Most recently, Tracy helped the EAC win an $80,000 grant to fund the Swarthmore Swim Club’s restoration project.  Tracy is currently the owner of Sustainable Practices which provides consulting to large and small communities helping with utility system management, water conservation and water use efficiency.  As aFewSteps coach, Tracy is extending the reach of his non-profit roots into the local community, helping to improve residential sustainability one home at a time.
Carol Getty 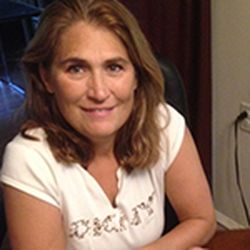 Although she was born in London, Carol grew up in Wallingford, and earned her B.S. from Philadelphia University of the Arts. She has worked in both the Architecture and Landscape Architecture fields, and while living in San Francisco, worked primarily on public buildings such as libraries, schools, and fire stations. Carol has volunteered with the Wallingford Elementary School library, as well as the school district’s Sustainability Committee. She has also given her time to the Nether Providence Township Fire Department, inspecting local schools. Carol is extremely interested in climate change, and has implemented as many energy conservation changes in her own home “without alienating [her] husband.” Carol is eager to share her own practices with anyone looking to lower their bills while reducing their carbon footprint.
David Director 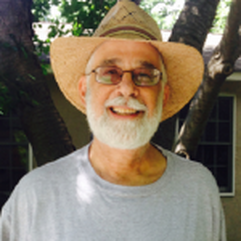 After beginning his education studying Chemistry at the University of Pennsylvania, David ultimately pursued a career in software engineering. During that time, he worked on early versions of now-common innovations including currency counting machines, computerized typesetting, and digital audio processing. David owned his own company to develop software primarily for video stores and other establishments. After closing his company, he worked in the financial services business until retirement. David was born and raised in Drexel Hill, and has since lived in Wallingford for 19 years. He is on the board for the Helen Kate Furness Free Library in Nether Providence and a member of St. John’s Lodge #115 in Philladelphia. His interest in energy efficiency began in his childhood, and has continued ever since. As a Sustainability Coach, David enjoys showing others how things work in their houses. “It’s not rocket science. Almost anybody can learn to look at their house in a critical way.”
David Page 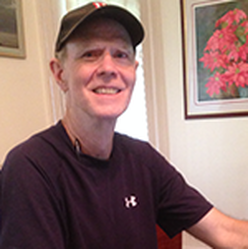 David Page is a craftsman with a special interest in sustainability. He earned a B.A. in English from the University of Virginia and an M.F.A. in Industrial Design at the Rhode Island School of Design. As a resident of Swarthmore for 34 years, David is self-employed craftsman who designs and builds custom furniture. He is the current president of the Swarthmore Borough Street Tree Committee, and a member of the Senior Community Services (SCS) Property Committee. David also serves as the current chair of the Swarthmore United Methodist Church Trustees. In his spare time, David enjoys old house maintenance, travel, and creative writing.